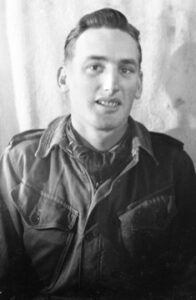 Major Bourne was born in Tamworth NSW on 14 February 1932. He enlisted in the Australian Army in August 1950, graduating from the inaugural Officer Cadet School course at Portsea in June 1952.

He was a Malayan veteran and also served two tours in Korea with the 3RAR and 1RAR respectively. He would later serve in Vietnam from 22 October 1966 till 7 February 1967 with 1 Australian Reinforcement Unit as a staff officer at the headquarters of the 1st Australian Task Force, before joining the 5th Battalion, Royal Australian Regiment.

Major Bourne was the Officer Commanding C Company, 5RAR, at the time of his death, his first operation as a company commander. He 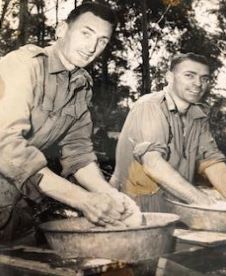 was killed on the morning of 14 February 1967, his 35th birthday, by an M26 grenade booby trap at Xa An Nhut, Phuoc Tuy Province, Vietnam during preparations for Operation Beaumaris, (a cordon-and-search operation of the village of An Nhut). The effect of the explosion was devastating and particularly tragic as it killed three of C Company’s officers and wounded another three men. Killed along with Major Bourne were his second in command, Captain Milligan, and Captain Williams, the artillery forward observation officer attached from the New Zealand 161 Battery.

Major Bourne’s body was returned to Canberra, where he had lived with his wife and four young children. His funeral and Requiem Mass were held at the newly built ANZAC Memorial Chapel, Duntroon, and afterwards the coffin, mounted on a gun carriage, moved off to Woden Cemetery for the burial service. Major Bourne is survived by his wife Gabrielle and his children, Tracie, Tan, Todd and Trent. 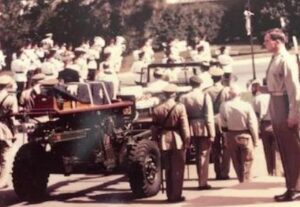 Further information is available at the following links: