Today, John Goodchap from the Class of June 1974 was up and about early to visit the site for a personal Dawn Service. He said it was quite moving being the only person there in the pre-dawn light.

John added a single rose to the wreath provided by the Rye RSL.

He then used the car radio to broadcast The Last Post as played on ABC radio. 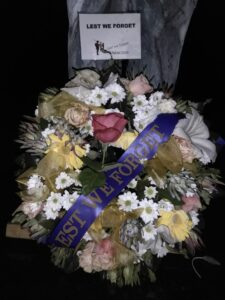 John then visited the site later in the morning to lay a wreath on behalf of his graduating class. Thank you Class of June 1974.

He took the following photos for reflection. If you look closely you can see a flypast as specks in the sky. 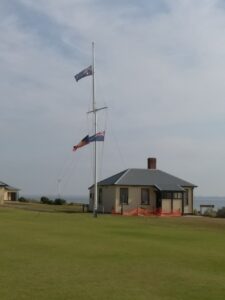 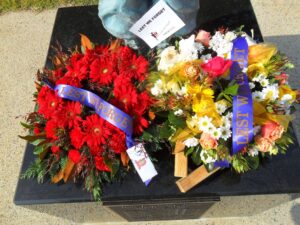 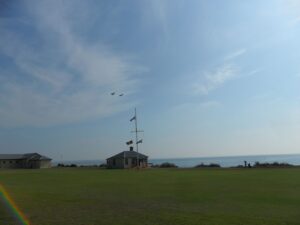